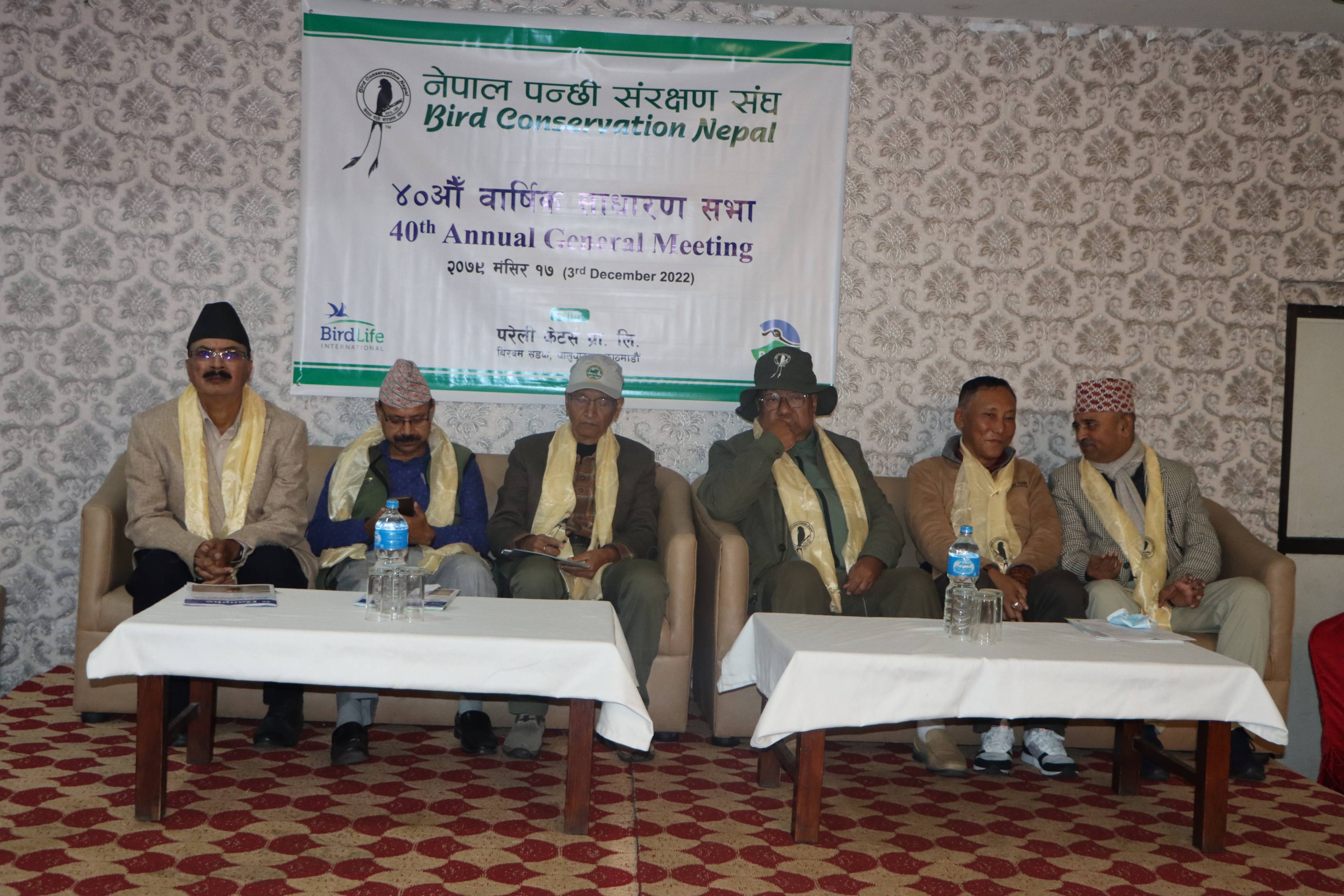 The discussion session began with presentation on BCN’s Annual Progress Report from Mr. Ashok Bahadur Malla, General Secretary, BCN Executive Council Board followed by BCN’s Annual Financial Report from Mr. Raj Kumar Rai, Treasurer, BCN Executive Council Board. The queries on various issues raised by members were addressed by Ishana Thapa, CEO BCN. The closing remarks were made by Prof. Karan Bahadur Shah where he highlighted the importance of sustainable resource use. According to Prof. Shah, economics and biodiversity conservation must go side by side in order to ensure better livelihood of the people. As a take home message, Prof. Shah said that only government bodies alone cannot work towards biodiversity conservation hence, we as a responsible citizen we all need to do our part from what resource we have and from where we are.